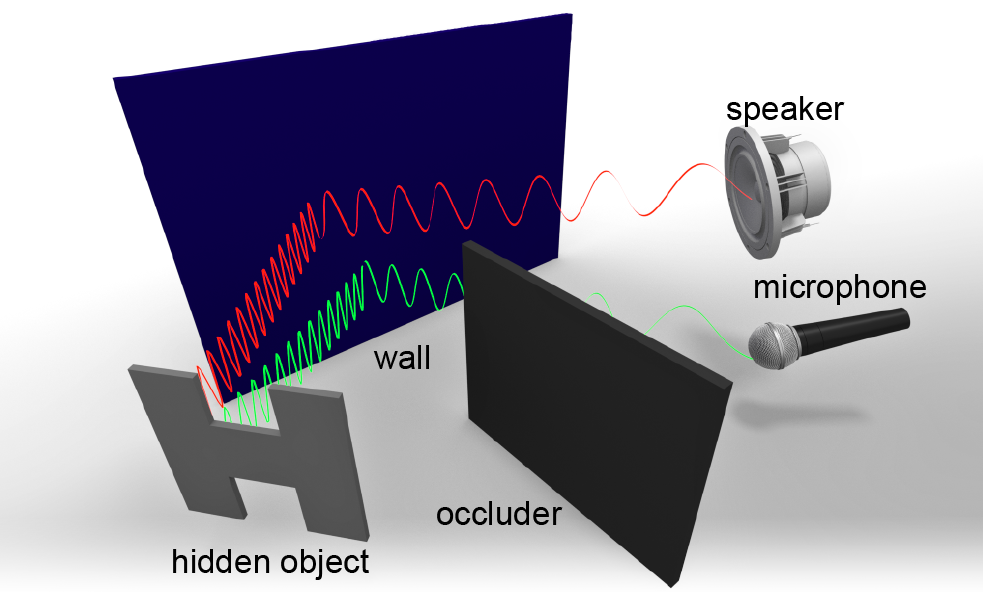 We introduce a novel approach to seeing around corners using acoustic echoes. A system of speakers emits sound waves which scatter from a wall to a hidden object and back. Microphones capture the timing of the returning echoes, and we use reconstruction algorithms inspired by synthetic aperture radar and seismic imaging to recover the geometry of the hidden object.

We introduce acoustic NLOS imaging, which is orders of magnitude less expensive than most optical systems and captures hidden 3D geometry at longer ranges with shorter acquisition times compared to state-of-the-art optical methods. Inspired by hardware setups used in radar and algorithmic approaches to model and invert wave-based image formation models developed in the seismic imaging community, we demonstrate a new approach to seeing around corners. 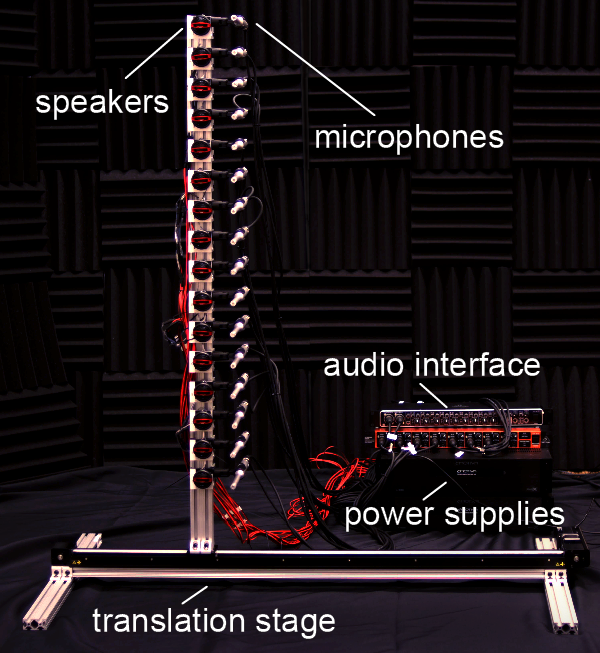 Photograph of the prototype system. The prototype comprises a linear array of 16 speakers and microphones mounted vertically on a 1 m translation stage. Power amplifiers and a set of audio interfaces drive the speakers and record from the microphones. 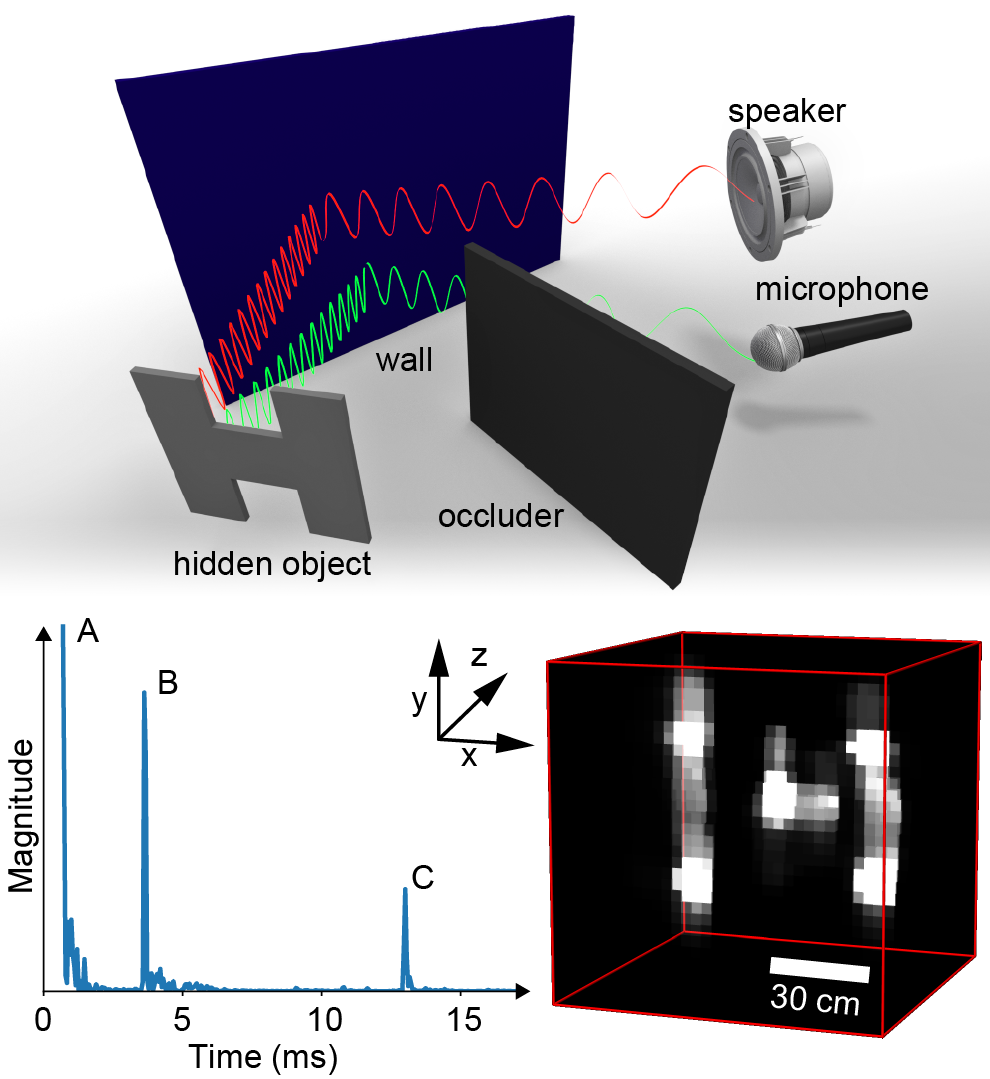 Modulated sound waves are emitted from a speaker, travel around the corner to a hidden object, and are then recorded by a microphone as they reflect back. The processed measurements (bottom left) contain peaks indicating the path lengths of sound which travels directly from the speaker to the microphone (A, peak is clipped), to the wall and back (B), and also to the hidden object and back (C). Such measurements are captured for a range of speaker and microphone positions to reconstruct the 3D geometry of the hidden object (bottom right).

Due to the mirror-like scattering of the wall at acoustic wavelengths, the measurements appear to be captured from a mirrored volume located behind the wall, as if the wall were transparent. The transmit signal is a linear ramp in frequency over time. For a single reflector, the return signal is a delayed version of the transmit signal (top right). The receive and transmit signals are mixed together and Fourier transformed, producing a sharp peak at a frequency proportional to the distance of the reflector (bottom right).

A similar problem arises in seismology, where shockwaves are used to probe and reconstruct underground surfaces.

Reconstruction of multiple acoustic corner reflectors from around the corner.

Comparison to an optical NLOS system. Optical reconstruction of the more distant letter fails due to limited signal. The acoustic system recovers both letters at increased distance from the wall and with much lower acquisition time.

This project was supported by a Stanford Graduate Fellowship, an NSF CAREER Award (IIS 1553333), a Terman Faculty Fellowship, a Sloan Fellowship, by the KAUST Office of Sponsored Research through the Visual Computing Center CCF grant, the Center for Automotive Research at Stanford (CARS), the DARPA REVEAL program, and a PECASE from the ARO.